By merging his art practice with physics, biology, cosmology, and engineering, Tomas Saraceno's visions may seem too grand to be contained within the confines of any museum. Furthermore, his dedication to constructing the principles upon which a utopian future can be orchestrated seems anachronistic to the time scales of museum exhibitions. In addition, museums seem ill-equipped to provide a suitable setting where the particular future he is constructing because it locates humans and all other forms of life beyond our planet; it situates us in the vast expanses of the cosmos. Nonetheless, an exhibition evoking the enormity of this vision is currently on view at the San Francisco Museum of Modern Art where it will remain through May, 2017. 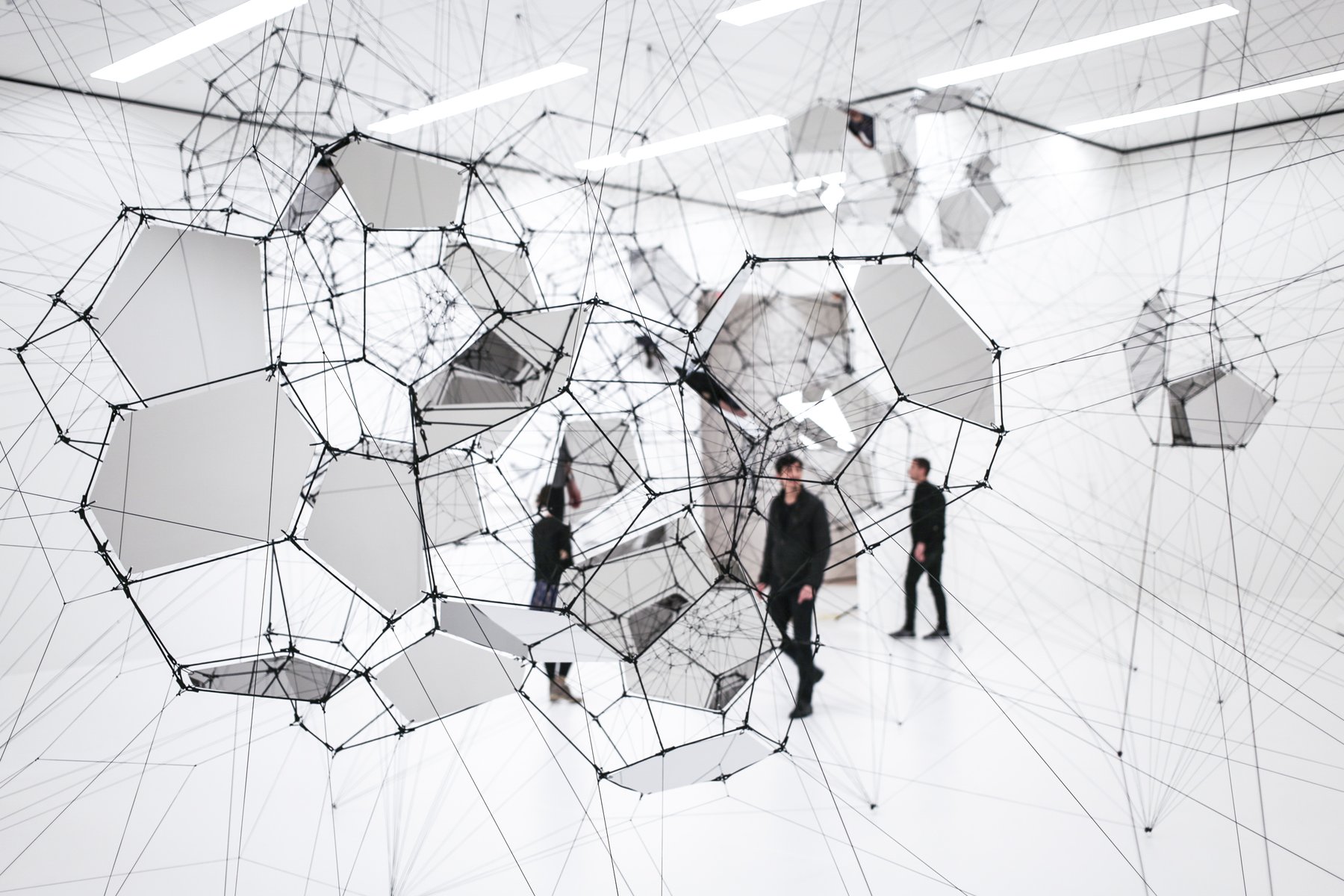 It was just announced that Chip Lord, cofounder of the renowned art group Ant Farm, conducted an interview with Saraceno in conjunction of the SFMA exhibition. Lord and Saraceno are both renowned for their futuristic art experiments. This conversations pairs a leader of the art vanguard of the 1960s and 1970s with the current occupant of this esteemed position. Both Lord and Saraceno explore ways to attain a sustainable urban landscape which must appear wholly different from today’s norms. This conversation hasn’t been posted yet, but it promised to focus on the work Stillness in Motion — Cloud Cities ythat is featured in the exhibition. I already recommend reading it in its entirety: Chip Lord on Tomás Saraceno